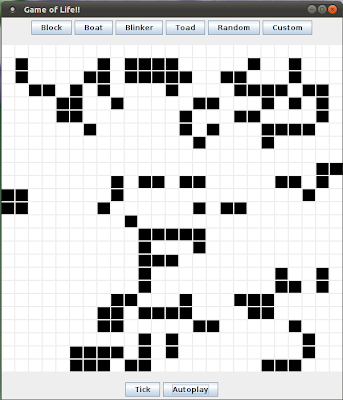 There is a little code puzzle on snowisfalling.com - follow the instruction in the page source. And then see my solution as conways game of live on united-coders.com