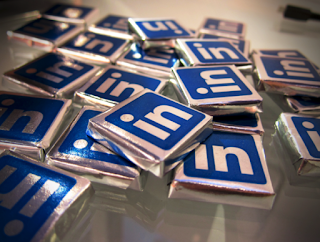 You are a genius....I need this badly for one of my personal project, thanks a ton mate

Hi,
thanks a lot for this.
One question though. Do you think it is possible to get the localization of the skills in the different native languages like in french, german, italian. Actually the list is only in english.
thaks a lot for your answer.

@Christophe - Sure, it would need some tweak in the code. What language you want?

Would be great if we can have french.

Where can I find the source code?

Hi Bragadeesh,
Will be very nice if I can get the french ones :)

I searched for the LinkedIn directory structure, unfortunately, they do not have one. If you can find the link and paste it here, surely I can tweak the program and get you all the skills.

The alternate option is to translate the English skill sets to french 1:1 using Google, but I am not sure about the quality and throughput of the translation.

Thanks for stopping by and apologies for the delay in replying.

Hi Brag,
No issues. thanks a lot for your answer.

Got to know about you, also gone through the code, it seems impressive.

need to get in touch with you, i have a research project, i think you can put some light on that.

Thanks a lot for this. This is really awesome.

I need your help. Can we also find out the list of companies in linkedin? These are also available in public domain and have exactly similar kind of URL.

Also, if you can help me how can I execute this particular script?

I need this for one of my project.

Hey bra you don't know how happy I am right now. Thank you so much. Now I can sleep in peace.

Is there a way to get the skills in spanish? In Spanisk skills are called "aptitudes". Let me know, thanks!
Diego

Hola Diego. Do you have a directory/url for that?

Hi! the opposite. I was wandering if, using your code, I could crawl the LinkedIn skills in spanish.

I tried to execute it online and could not get the output: https://repl.it/repls/ImaginativeEvenNasm

The links to topic do not work.

Just one more thing: how did you implement blogger on your site, did you use the api?